We handle, you fly.

We are a reliable company that provides its Clients with an excellent service. That is why we are industry leaders.

We believe that keeping our business relies on environmental and social sustainability and that our greater assets are our People and clients. 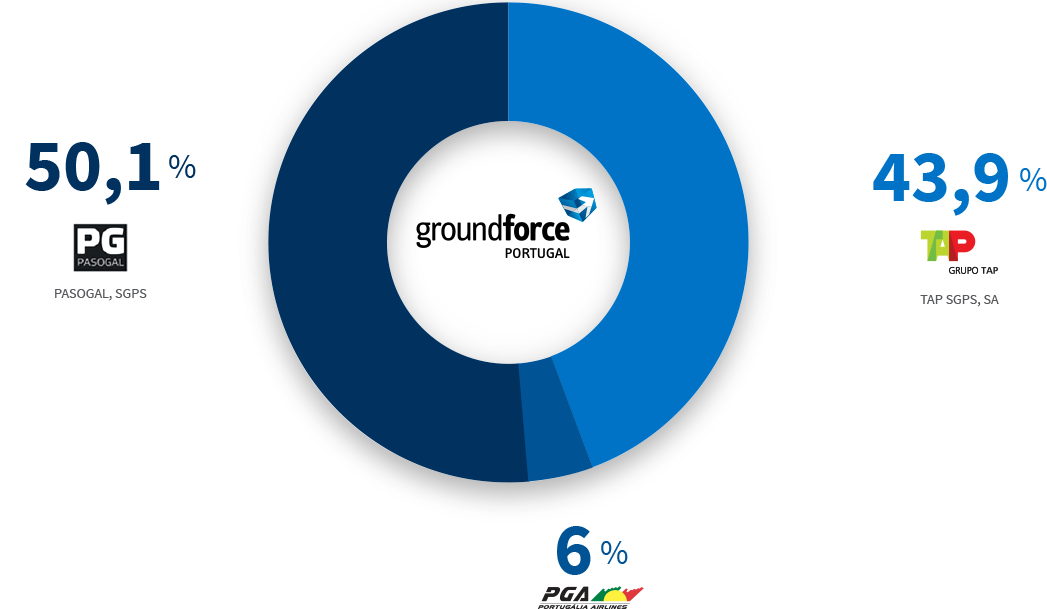 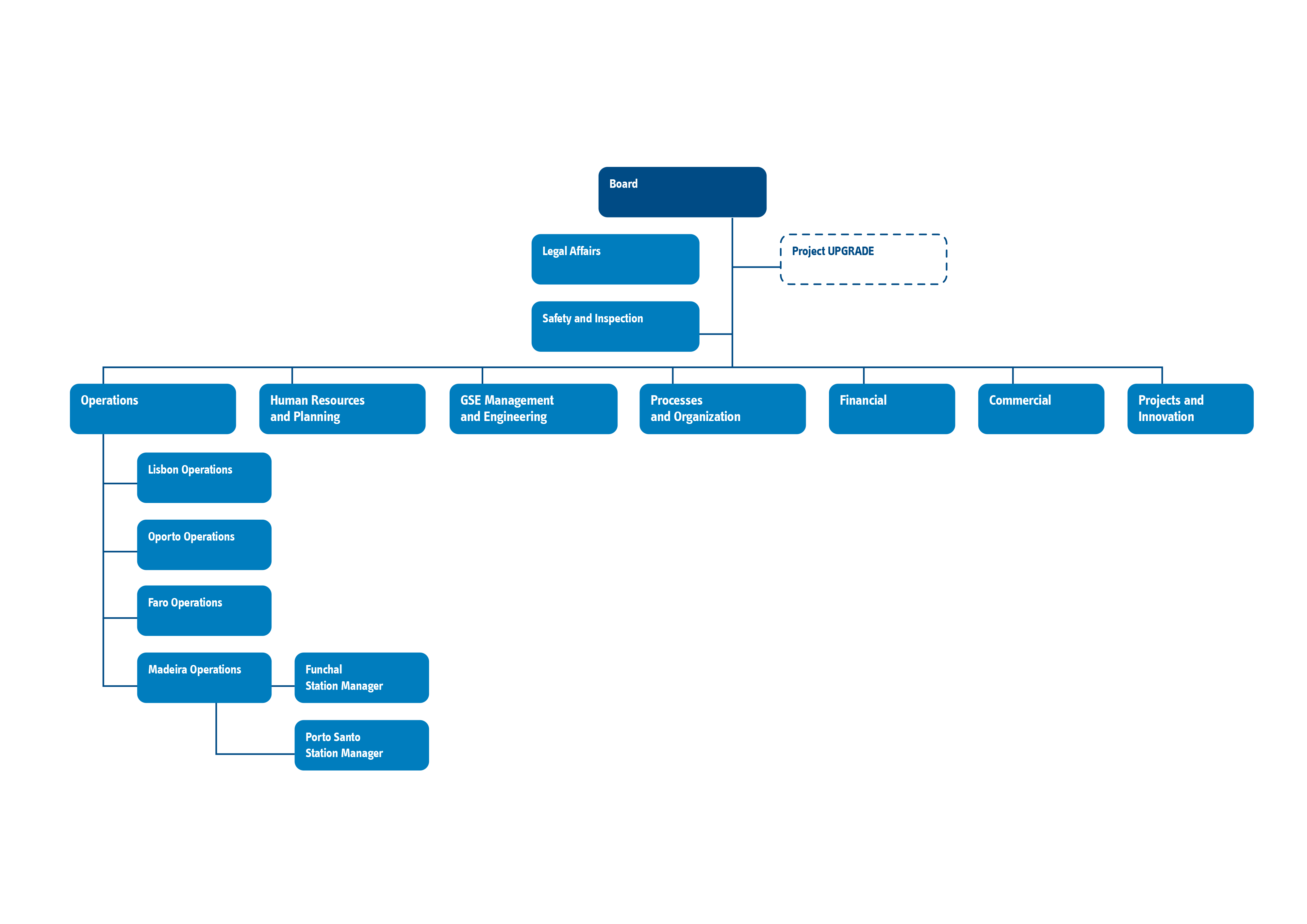 The Force of History

The history of Groundforce Portugal goes back to the beginning of civil aviation in Portugal, with the creation of the Air Transport Department on March 14th, 1945 under the responsibility of Humberto Delgado, the then Director of the Civil Aeronautics Secretariat.

This company’s journey as an independent entity started in 1982 with the autonomy of TAP’s Ground Operations Department (DOT), later named General-Directorate of Ground Operations (DGOT), in 1989, as the result of an organizational restructuring process. TAP’s Handling Division was created in the next decade, in 1992, as a consequence of a strategy for expansion and provision of services to third parties. The stops LIS, OPO, FAO and FNC stood out.

The split of the handling business unit was approved by TAP SGPS and TAP SA in April 2003, and a new company named SPdH – Serviços Portugueses de Handling was then created, succeeding TAP in ground operations.

SPdH – Serviços Portugueses de Handling, S.A. started its operation on October 1st, 2003, consolidating its position as a key unit in the field of civil aviation in Portugal, namely due to the quality of the services provided to TAP Portugal and main airlines flying to Portuguese airports.

Also in 2003, SPdH and Portugália Airlines entered into an agreement by means of which the second largest Portuguese airline ensured a stake of 6% in the capital of SPdH – Serviços Portugueses de Handling, S.A.. This partnership allowed to maximize the company’s growth potential in the Portuguese market and initiate the internationalization process.

Meanwhile, the process for the privatization of SPdH was initiated by selling 50.1% of its capital, via International Tender, allowing the entry of the shareholder structure to the Globália Group

With the new shareholder structure and as a consequence of TAP’s history, Portugália’s dynamism and Globália’s dimension, the new company brand – Groundforce Portugal – was born in 2005.

In 2006, Groundforce Portugal growth process was continued with equipment and processes modernization, by keeping its focus on human resources and with the completion of projects related to the improvement of labour conditions.

In March 2008, a Consortium with three banks (BIG, Banif and Invest) purchased Globália, in the scope of a strategy of Customer Service Improvement and satisfaction of all Stakeholders.

In 2012, the Competition Authority approved the signing of the agreement of principle entered into between TAP and PASOGAL with the purchase of 50.1%, giving rise to a company transformation process focused on sustainability in the perspective of its main shareholders, employees, clients and suppliers. This transformation aimed at creating all required growth and development conditions, in order to keep Groundforce as a leader company in Portugal in the field of passenger, Baggage and cargo airport handling.

On the pursuit for Excellence based on a consistent structure of key processes, Groundforce aims at being a modern, future company, by contributing for sustainable growth on a daily basis.

Providing services at the right time, in the right place, for fully satisfying clients' needs and expectations;

Complying with all quality standards agreed with the clients. Our standards are permanently monitored with the goal of providing information for system review and Quality targets. 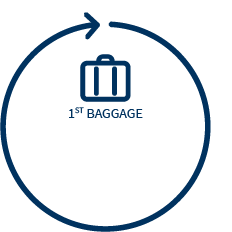 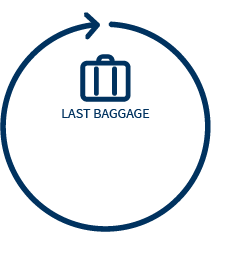 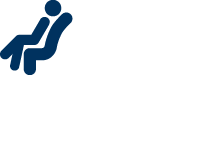 Safety is a process that aims at promoting a fair, positive security culture, therefore ensuring that all players are aware that, at their levels and in their daily activities, they are the key for the good development and security practices, that way contributing to process improvement and effectiveness.

By communicating and disseminating Safety practices, we ensure procedure application and a conduct level, aiming at contributing and promoting the permanent improvement of all activities.

Groundforce Portugal is committed to providing the highest safety standards to passengers, employees and suppliers of all airports and facilities in which it operates, by promoting a culture where people are informed, clarified and are aware of the dangers and risks inherent to their actuation areas, and encouraging them to identify threats to their own security, and to participate in finding solutions.

Effective safety procedures are permanently assessed in order to improve all processes capable of providing the best safety services.

Code of Conduct and Ethics

The Code of Conduct and Ethics reflects the will of pursuing continuous improvement of a Company that, in the structuring principles of its operation, undertakes to respect its workers’ rights, defend and preserve the environment, keep transparent relations with the exterior and contribute to the satisfaction of all Stakeholders – Shareholders, Workers, Clintes, Suppliers and Community.

THIS IS WHAT WE PURSUE AT GROUNDFORCE PORTUGAL.

SEE CODE OF CONDUCT AND ETHICS

Our clients and other independent entities have granted us with the following awards:

Lisbon - Station of the Year

Funchal - “Most Punctual Station of the Month / October 2016”